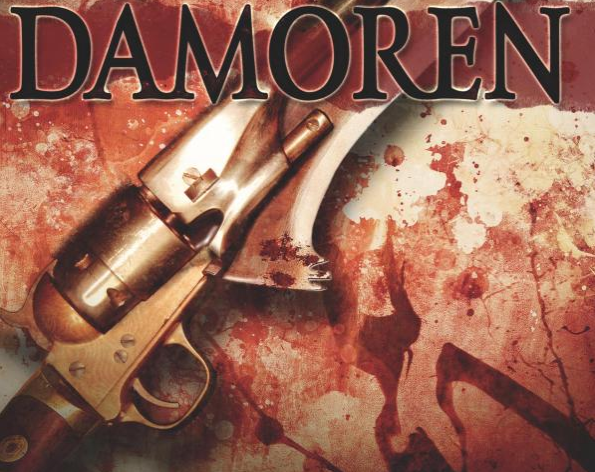 I have this theory that people are either great roleplaying GMs or great novelists; that there is a certain something that makes the books written by GMs feel a bit like games, diminishing the elegance of their plot, and that the games of novelists are a bit on the railroading side.

That theory is wrong.

On YouTube, I stumbled upon the content of one Seth Skorkowsky, who makes excellent RPG-related videos with product reviews and player- and GM-tips, spicing them up with amazing scenes from his gaming table, where his three players with distinct personalities are all played by himself in various minimalistic, but clever disguises. Apart from these entertaining scenes, what really sets his videos apart is his delivery: Seth Skorkowsky’s sentences are clear and articulate in a well modulated tone. I hereby recommend his YouTube channel.

And then, one day, after having seen a number of his videos, I suddenly found out he had also written some books.

“What the hell,” I thought, “that guy makes great videos and I enjoy them, and he seems to be a fantastic GM (with some quirks, like all good GMs). I’ll do him a favour and purchase one of his attempts at novel-writing, because why not.”

Well, it turns out that was a good idea. “Dämoren”, as his part 1 of the The Valducan series is named, is a work of supreme quality, professionally edited, with a good and steady rhythm, and also imaginative. An unexpected page turner!

Dämoren came out in 2014. If you hate urban fantasy and other modern demon-centered fiction, this book is not for you. But if you like them, be prepared for a very well written, gripping tale that kicks into action right away and keeps up the pace until the end.

To sum the story up: Apart from our solitary hero, Wendigo-survivor and wielder of a sacred revolver named Dämoren, there is a network of monster hunters, and they are organized. The demons are not, so the humans usually win. But then, suddenly, the demons get wise, and the tables turn. Vampires and werewolves are already much stronger and faster than humans. When they pick up assault rifles and employ smart platoon tactics, humanity’s advantage in technology and smarts goes out the window. The hunters become the hunted.

By the way: Dämoren abstains from silly notions of brooding, misunderstood monsters who are secretly noble. These monsters are true enemies, although like all good enemies they have a solid motivation for what they do.

There is just one weakness of the book: It follows “the formula” to a T. Plainly said, it follows the so-called three-act-structure like a bullet comes out of a mold. There is one intro-scene before a time leap. There is exactly one quarter of the book until the setup is complete, there is a clearly defined midpoint around 49.5%, a big change at 75%, and the crisis and climax kick in at 90%. The structure is predictable, and there are several twists and turns that an experienced reader or moviegoer will pick up right away.

But we can forgive the formula – after all, we accept it in good movies too, don’t we? At least if the story is good. And the story is top-notch, with a compelling background world that is weaving its way organically through Earth history and comparatively strict European gun laws.

The quality is in the details. Seth Skorkowsky sets his words well and paints interesting characters with only a broad stroke that leaves much of the detailling to the reader. We hear about someone’s cap and trousers, and an eye-colour, and just like that a life-like picture emerges. He delivers snapshots of the landscape with a sentence, and we populate the hills with trees and winding roads all on our own. He does not linger in inaction, but finds a good pacing between second-by-second descriptions in intense scenes and the passing of a week in a couple of words.

I will be sure to drop my half-baked theory about GMs and authors.

And I will be sure to buy the rest of his Valducan books.

You can, too, and you can find out more about the author on his website, if you are so inclined.