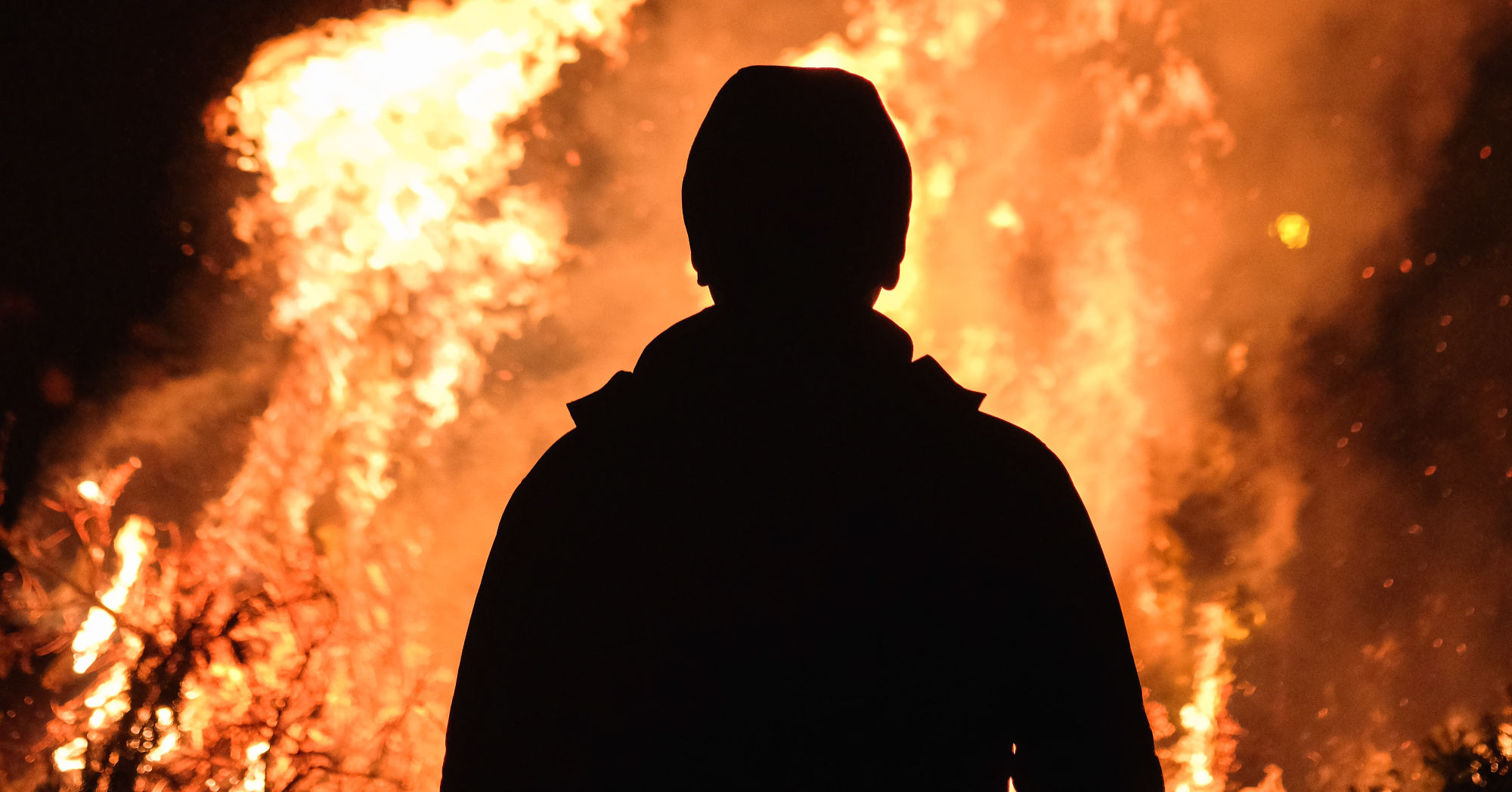 Snips left to clear her mind and overcome her crushing guilt for leading so many men and women to their deaths. Her retainer and fellow Sneak Adelard took up her Sniper Rifle and promised her to keep an eye on the gang for her. He was quite interested in Messy’s old cyber-hand but could not afford the operation, so he, Kendal the nomad, Wispa the veteran waster girl, and Bruno the close up combat specialist cooked up a new job: They were to Disrupt a block! But only a relatively peaceful one.

For the occasion, Wispa finally did what no-one else had dared; for various reasons (for Snips, that reason was mostly cosmetic.) Wispa underwent an operation to install a weapon-mount growing out of her shoulder. And she linked up a tech-pistol to it.

Hiring retainers was not easy at all! None of their group were tech users and they needed someone to pilot a drone – especially our combat drone “Scythe”, which could fire four weapons every round: the perfect tool for causing chaos.

There were no Hackers or Sentinels on offer, but Miyashita Keiji was a “Face”, a negotiator. But they too can pilot drones, so he had to suffice. But all four of them failed to convince him for a quarter share, then for a half share … only after they gave him a full share like a full blown PC did he accept the job.
There was also a Ronin, but he felt insulted by their lowly offer and left right away (rolled a zero on the hiring roll thanks to modifiers! Glad he did not attack us.)

The group took the conquered car for a spin, freshly painted in an awesome, elegant new colour: British Racing Green; Royston’s choice. Sadly, Royston himself could not be there on this maiden voyage.

Wispa was nervous about fuel consumption and loaded the tank with 50 cups of gas. Adelard reminded everyone that we were to start some fires, so we also took an emergency can with 40 cups of gas. Then Kendal got behind the wheel and we moved off.

Drivin’ in my car

The party was not about to risk any gunfights with punks who were greedy for the car, so they picked a route through animal territories. There all the mapping and exploring of earlier missions paid off splendidly. Travelling on wheels turned out to be pure luxury, and there was only one stop on the route: When a helicopter gunship passed overhead, slowly, menacingly. The party stopped and waited it out. Funnily enough it turned out to be a gunship of our own employer of the day, the Unisolutions Company.

Minutes later we were already on the block we wanted to go. We parked the car and Adelard, Wispa, Alfred, and Kendal went to scout the area and find worthwhile targets.

The whole block was almost complete rubble with half-broken buildings, no power, and hardly any sign of life. It would be an uphill battle to “destroy property” when all you have is fallen masonry. And yet, a handful of ramshackle buildings were okay-ish enough to warrant a torching.

We drove up to them, Kendal remained in the car, ready for some getaway action, while Bruno poured gas and the rest kept watch. Soon enough, a nice fire was roaring, and fat, black smoke plumed. We raced off to roar to the next place, where we repeated the performance.

Alas! This time we were interrupted. A small swarm of 12 micro-drones buzzed closer and went at us, kamikaze style. Kendal ducked down in the car to avoid it getting attacked (or him), the others fled into the soon to be torched building and fired at the oncomers. Some got shot down, two hit Alfred the dog, some went for Scythe the robot, but most missed and self-destructed on the floor or walls.

Muttering about the damn drones, the party lit the fire and boarded the car to check back on fire number one, to see if anyone was responding.

There was: A group of civilians, armed grownups and a gaggle of kids, was standing there in the street. “Driveby shooting!” was Wispa’s and Adelard’s idea.

Bruno was worried that kids might get hurt, and Adelard knew that Snips would not approve of the tactic either, so he quickly promised, he would make sure to hit only grownups; and that they would aim at legs.

Windows down, the British Racing Green menace roared up the street. The civilians turned to look at it, and there it went: Snips and Adelard shot, and civilians took wounds. One even went down on a knee after a heavy hit in the leg with a baton round from Adelard’s sawnoff.

The kids screamed and ran, some grownups protected them with their bodies, others returned fire.

And, as the saying goes, the Lord repays small sins most quickly: of the bullets that zipped after the shooters, two found Adelard. One got him in the shoulder, the other sprayed his brains all over the dash.

Without missing a beat, Kendal kept driving, and the green menace high-tailed it around the next corner.

Wispa quickly went through Adelard’s gear and checked for usable stuff. “Let’s strip him and ditch his body — he is just dead weight,” she said. Bruno shrugged and explained apologetically: “That is the Wasters’ Way!” But they were not talking to Snips any more, they were talking to Kendal, and he was all on board with that. “You know what, he said: Let’s light him on fire! A burning body in the streets. That will disrupt a block some!”

And that is what they did: Adelard’s mortal remains were left flaming and smoking amid a message sprawled on the tarmac: “FAST DOGS BEWARE!” — a small touch of Gang War rumormongering.

“Now let’s check the second fire site!” said Wispa, and they drove all around to fire 2. All around, because they felt that elegant green cars had outstayed their welcome near fire 1.

At fire 2, they saw another group: Gangers! It was Butch Killers, seven of them, and inexperiences junior members. Kendal slowly rolled closer to them in reverse, and they looked out mildly interested. Then Wispa and Bruno stepped out of the car and wrote: “FUCK YOU — FROM THE STREET CATS” on the street.

Curious about the behaviour, but unable to read from the distance, the Butch Killers came closer — and Wispa an Bruno opened fire. Lucky shots, they killed two of the boys. The rest failed their morale and ran. Kendal suggested laying their bodies next to the writing, and Bruno dragged them over there.

The party sought out another location for a third fire, and was happy that they still had more than enough gas. They would run out of likely fire sites before running out of gas. With the car they drove around more to seek trouble, and found a gaggle of street kids rifling through the garbage. Kendal and Wispa suggested some shots in the general direction to frighten them, but now Bruno had enough. Without Snips’ moral compass, someone else had to step up, and he did. He forbade the others to even threaten the kids, and even tossed some food rations out the window for them. Kendal mumbled: “Food? That is too much. We are here to disrupt the block, not to make it more hospitable!” But then suddenly they passed a café, and six service robots came out, attacking the car with their plates and platters and screeching something about cake. Kendal maneuvered around and ran over four of them, but then Wispa had an idea: Egg the two last ones along to start a fight!

Kendal swerved around them and drove on slowly, so they could keep up… and lo and behold, they happened upon the group of adults and kids from earlier! The people recognized the green car, but before they could do anything, the two robots spotted them and screeched at them, and they had their hands full to defend against the electronics. Kendal floored the pedal and raced off.

“I think we may want to do another paint job after this,” he mused. “Too many have seen us.”

He remembered that now the café was undefended, and so they went there and Bruno got out to set it on fire. The others just waited on the curb in the car, did not even bother to get out. Luxury makes lazy.

Driving away from the fire, they put Scythe upright into the trunk so he could fire backwards, and drove to fire 3 to check for more victims, but then Kendal calculated: Four fires, a driveby shooting, gang tags with dead bodies, and a burning corpse in the street … this should really count as a job done, no?

Wispa felt that it might be too little yet, but they decided to ask the employer: They drove by fire 3 slowly to film it, and send the video to ask if four of those were good. However: There was someone. Two cops were standing there by the fire, inspecting it. When they saw the car they hailed it and signalled it to stop.

“Oh no!” thought Kendal. Cops! They would confiscate the car, nay, steal it! Or when they saw Scythe and all the guns they would start shooting right off the bat. Never stop for cops! he thought, and gave rubber, as they say. The cops shouted, pulled their guns and opened fire. Bruno and the Scythe fired back. They did merely graze the cops, but one shot from the cops sounded rather bad on the car, and that did it: Cop trouble, damage to the car, and the block gone from quiet rubble to a smoking warzone … that HAD to be enough. Nobody could ask for more chaos than this. And the British Racing Green had to go.

So they drove home.
They passed some monitor lizards .. often dangerous, but not if you are riding in a car with windows closed. And then, almost at home, they got into a blocked street, where three wild boars munched on some indeterminate carcass. The boars bristled and made weird noises as the car showed up. But Kendal read the room and pretended that the car was an animal. He slowly reversed around the corner, out of sight, respecting territory.

“No profit in fighting boars,” he said. And then they drove home, and Keiji, a Face that had survived (yay!) sold the company our success in such a way that they paid 20% extra: Enough to cover the paint job, that we now desperately needed.

Adelard had taken Snips’ sniper rifle, and now he was dead. She was gone only four days and her last retainer had fallen, so the party felt it was not healthy for her mindset to let her know about it so quickly. – “See, you leave the city and he dies!” – That would only make her spiral even deeper into hard questions about her responsibilities and her guilt tripping. No… in a moment of clarity they decided to stash her rifle in the Club for now, and pretend that nothing untoward had happened.

Photo by Adam Wilson on Unsplash