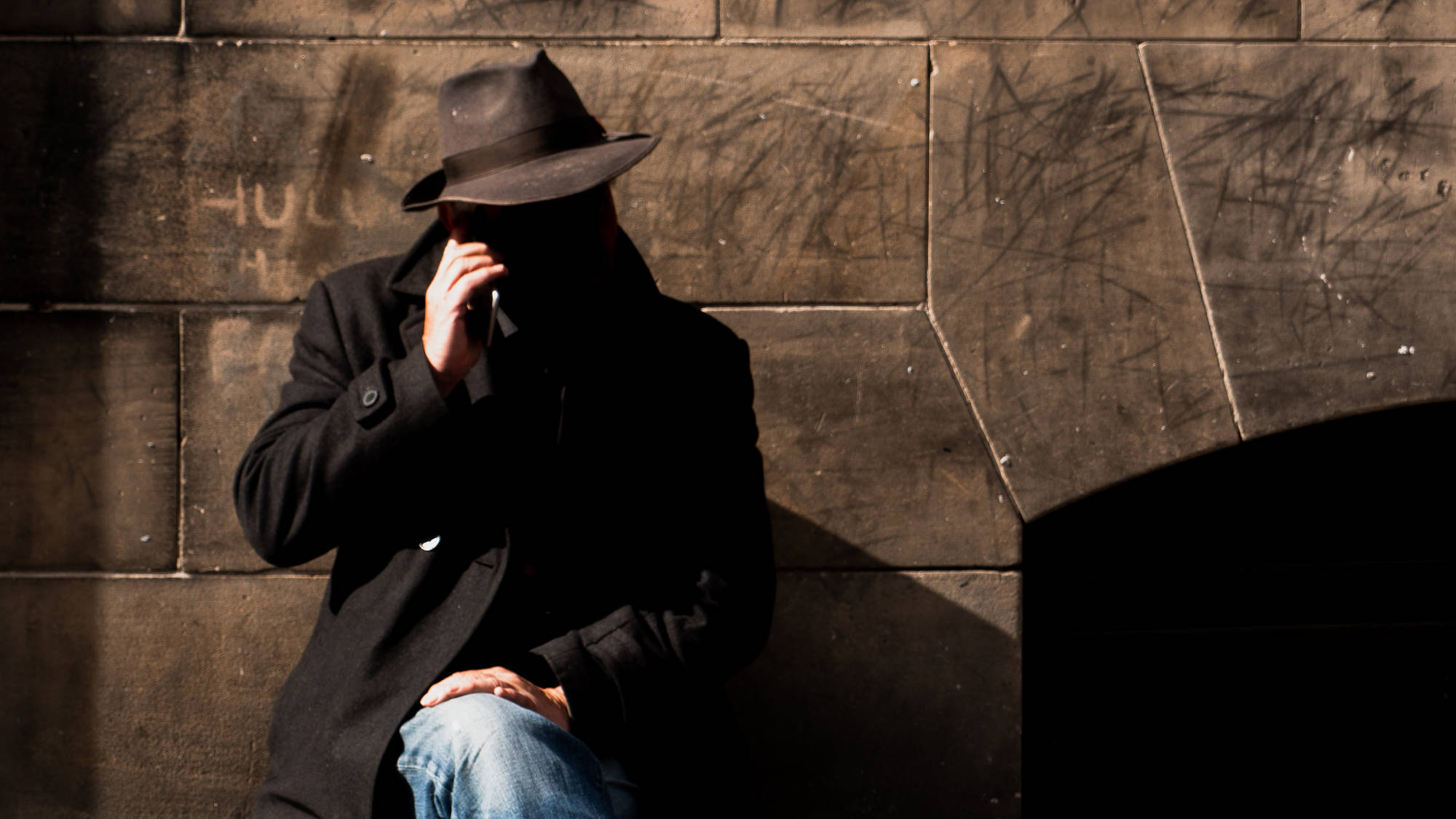 Finally the police had given up on their uniforms, and with some relief the group looked at a new job posting from their favourite faction: The Radiant Family. They asked to have one particular lieutenant of the Butch Killers gang, a woman who had become leader of a block some ways east, to be kidnapped and handed over to them.

Six PCs: Kendal and Kira the nomads, Snake Tooth the Ronin, Malkin and Diamondback the Sneaks, and Alexa the Sentinel took the job, and took one retainer with them: Beijing the Swordswoman. They had to think about transportation and took the car and two motorcycles for the way. They loaded the car up with two sentry guns and one service bot and decided to drive to the block just north of the target area, then send Diamondback and Malkin to find a good, defendable parking space in the target block, and to fortify that while they were looking for their target. And they had the dogs Crusher and Dog with them.

Kendal was very nervous because to him safety of the cars comes first. While Malkin and Diamondback were out scouting, predictably a gaggle of kids came slouching over, looking for things to steal. Kids! Kendal’s most despised enemy next to wild dogs. The dog Crusher warned us in time, and Kendal, scowling, threw them three rations as a sendoff. But the kids just took the food and slouched still closer. They started to crowd the group and mumbled something like “thank you”, “please” and “we need” and similar things. Seeing that the nice game did not work, Kendal drew his sword and growled: “Fuck off!”
The kids took that hint and backed away to slink off into the alleys.

The scouts found the gang HQ, a big block with electric power on, and a number of ruins, and a three story building that allowed some overwatch of the gang HQ. There was not really a good parking spot, but there was a 100 feet long alley right next to the lookout building, and the team took it as a better than nothing solution. The sneaks camped out on the roof and the little konvoi followed directions and parked in the alley.

Kendal parked in the center of the alley and started unpacking the sentry guns, when suddenly two toughs were there: Gang members, armed and armored, who demanded that we disappear … and leave the car behind as a payment for our transgression into their territory. Kira talked cheeky, things heated up, and Kendal & Snake Tooth pulled iron.

Kira dove for cover, Kendal cut enforcer 1 down on the spot. Enforcer 2 got hurt by bullets and ran. We could not have that, gang members running off to get help. Crusher the dog pulled her back, Beijing dropped the fleeing enforcer girl with a well-aimed burst from her assault carbine.

Meanwhile, five athletic double packing lesser goons approached down the street. They saw Diamondback up on the roof. Diamondback shot at them and they blasted away like firecrackers. Riddled with bullets from their various pistols akimbo, the sneak ate 15 damage and dropped with 1 HP. She decided to play dead for the time being.

Malkin called for help by radio, we ran towards them, only Kira stayed hidden behind the car. At the street corner the two groups ran into each other and things went melee fast. Beijing’s forte: She gutted one man like a fish, others leaned more towards shooting, but Kendal favored the sword: He wanted this mission to be silent, so he wanted to have as few shots fired as possible.

He wanted, but didn’t get it: There was a lot of blasting at each other, and even with 4 enemies in melee with him, and two Ronins swinging twice each round, the last survivor survived and survived and kept shooting at Crusher the dog, missing like a madman. And then it was Crusher who finished the job.

Malkin was about to throw Diamondback’s body off the roof for looting when the “dead” sneak promised to shoot him on the way down. So instead of throwing her off, Malkin requested healing hypos and patched the girl up some.

Kendal and Alexa set up the sentry guns next to the car and motorcycles on either side and Kendal asked Alexa to give them a standing order to shoot anyone not of our team who enters the alleyway. Alexa did so but secretly added an exception: No shooting at children. She did not dare mention that as she knew Kendal would not understand.

Looting the seven bodies, we collected three full sets of Butch Killer gear: chrome kneepads and shoulder pads that were undamaged and looked clean enough to not arouse suspicion if worn. Malkin volunteered to go undercover to look for the boss-lady close to the HQ. Diamondback kept overwatch with binoculars.

Malkin wandered off, looking all Butch Killer, and found the HQ to be a big department store. Nobody was visible, but behind the back entrance it sounded like someone caring for dogs. Malkin tried the front, but it was locked and he failed to pick it. He did not want to mess with a guard post, but he found an open window that led into a room with three doors: one into an empty room, one into the main store room (also empty, by what he saw through the windows), and one potentially leading to the dogs, or at least in their direction.

He decided that he didn’t want to go there alone and radioed for backup.

Two more could dress up like gang members, and those were Kira and Snake Tooth.

They climbed through the window and looked at the north door. Hearing no noises, Malkin attempted to pick it. Alas! It opened right in front of him and he looked up at a guard with an auto-shotgun.

A series of unfortunate events

Reaction 7. He was mistrusting but unsure because of our obvious gang-appearance. It is worth keeping in mind that Malkin has a CHA modifier of negative 2, which means, he had actually rolled very fine, but was dragged lower by his failing confidence.

Malkin fed him some horseshit about us being from some block in the west, passing through, and having seen something bad, so we needed to speak with the lieutenant pronto.

Reaction 6. He called for backup, and the door behind him opened to spew out 4 dogs and 2 dog handlers. Things got heated: Shotgun man blocked the door so we could not go in, but Snake Tooth standing right behind Malkin made sure that we blocked the door too so the dogs could not spill out all over the place.

The gangers started asking uncomfortable questions. “Who are you reporting to? Where were you headed?” No bullshitting through that one. Malkin desperately tried to deflect the questions by claiming an alarming situation that brooked no waiting: The lieutenant was the only one who could sort it out, there was no time!

Reaction 5. They did not buy it and pulled their weapons. Malkin ran to the window to jump out and flee, but Snake Tooth had only waited for this moment, and was happy to have them all here in that small space: While Kira shot autoshotgun-boy from across the room, near the window already, he sprayed the whole room with full auto aggro spraying. Auto shotgun boy and one of the dog handlers fell, the last guy suffered a wound, as did most of the dogs.

The dog handler failed morale — in other words, he was smart! — and fell back, pulling the dogs out and slamming the door to the next room.

That was fine by us: Snake Tooth slammed our door — or tried it, at least: The dead auto-shotgunner blocked it. Snake Tooth toyed with the idea of grabbing the auto-shotgun on the way out, but it was slung across the man with a belt, so it would have taken time to untangle.

Our little spy team decided to book it and flee back to the cars.
Diamondback spotted no pursuit — yet.

Kendal wanted to leave and return later with a better plan, but the others convinced him that the gang would also fortify in that time and it would only get harder. The team decided to stay, reload, and work with the situation as it unfolded.

Photo by Devin Kaselnak on Unsplash