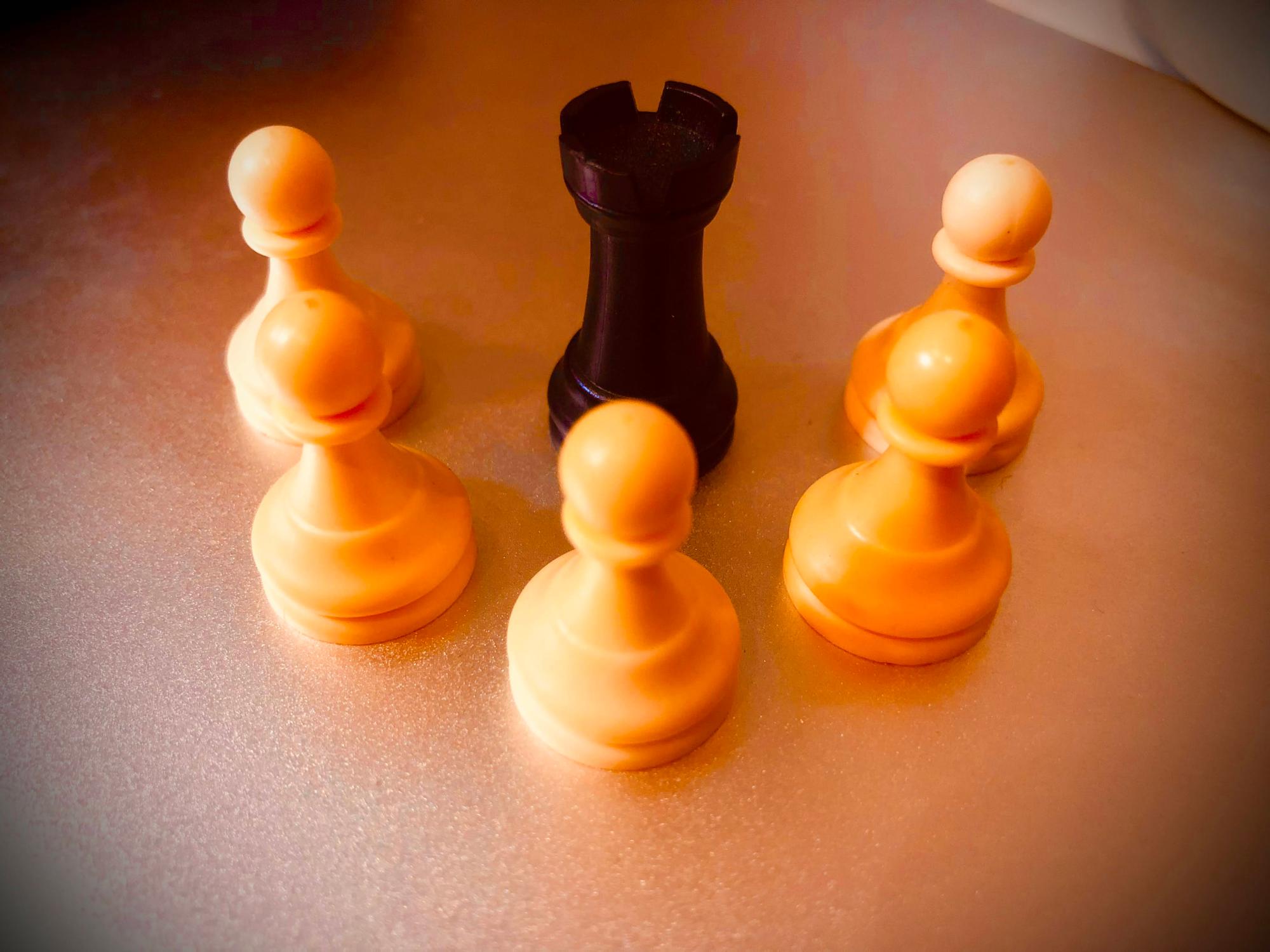 Mass battles with Delta’s Book of War are suited very well for D&D-type battles. Delta’s methods make for very fast and very fitting outcomes based on the premise that you have an AC to overcome.

By this Axe / by this Poleaxe , or rather, a bastardized version between them, also lends itself well to D&D-type mass combat, but has the added bonus of also fitting rather well with non-D&D type battles, given some very small adjustments.

Throw me a Six is a clever system for very abstract combat encounters, far removed from the man on the bloody field, making the players officers around the green table, shifting units forward or back. That is its own, if simple, system, whereas Swords & Wizardry keeps it all, personal duels and mass battles, all in one meta rules space by handling large bodies of little men as if they would make up a handful of giant men with loads of hit points.

What neither of these four systems really incorporate is personal involvement of the player characters.

That is by design!

The PCs have an extra layer of protection in all of these games by “hiding” them within their units and making sure they only get hacked down once a significant number of mooks around them has bitten the bullet before them. Normal mass combat rules assume that the players want to mind the battle, safe in the assumption that their character does not get axed by a random cannonball midway through it.

But this is not the only way. There is a systemt that goes at it from a completely different direction.

Getting into the thick of it

Many players find it stale to shift around troops by the 10s, 20s, or 100s. They crave to feel the thrill of steel and get blood on their blades instead. They want to crush their enemies, see them driven before them, and hear the lamentations of their women… all aspects that are lost if you are too focused on the green table with squads and platoons moving up the left flank.

Often, GMs are nice to them and throw them one or two random fights somewhere during the middle part just to shake up things a little.

For these more direct fighters who itch for the feel of blood on their hands, there is a “mass battle system” that has been published in a module for Lamentations of the Flame Princess a good many years ago, in an Alice-in-Wonderland inspired source book called “A Red & Pleasant Land”. I put “mass battle system” in quotation marks because it is not really such a thing at all. It is more a way to dodge the actual commanding of troops (= the mass battle) by doing individual fights while the battle itself rages unseen in the background.

We shall put it to the test.

How does it work?

How did the battle end?

There are two ways to find out. Either (most of the time) judge by what the PCs did in the battle. Did they topple commanders and artillery crews and wreak bloody havoc? Then their side probably won. Did they wuss out and bleed a lot? Then their side might have lost and ran. Or (if you are not sure and don’t want to decide such things from on high) roll.

Give the bigger army 100 points, the smaller army the percentage number. A half as big army would have 50 to the enemies’ 100. Any advantage raises that sides’ number by 5, 10, 15 or even 20. Advantages come from terrain or special troops, but also from PC objectives reached.

This part is important: This is where the PC’s actions during the battle count.
Objectives reached bring better chances to win, objectives failed tilt the scales against the PC’s side. Even though the amount by how much is semi-arbitrarily decided by the referee.

Roll d100 plus the point amount for each side (including PC objectives rached or missed).

Winner casualty numbers are as follows:

Let’s see … the lower the difference, the higher the casualties. Makes sense, as the battle rages on longer between evenly matched groups.

This can be rather rough and raw as a result, even completely different from how the individual experience went, as the dice decree. In other words, it is decoupled from the system above. If the battle is very large, it is advised to break it up into sub-battles and to roll each of them extra. That way random chance can be mitigated by averages.

This really puts the ball into the referee’s court: How many rolls do you want to make to determine the outcome of this clash of forces?

The winning infantry (higher roll!) loses 95% of their number, which is 380 soldiers. Only 20 remain standing within a sea of blood.
The losing dragoons lose either 380 of their number or 95%, whichever is worse. That is the 95, so we have 475 dragoons remaining on the field of honor, and 25 falling back to regroup after their humiliating defeat against a smaller force of foot soldiers.

That must have been quite the epic battle, with massive stakes, otherwise the dragoons would have broken off and retreated long before the complete unfolding of the debacle. That would be a decision for the commanders during the course of the battle, or for the GM if the PCs are not in a position to watch the ebb and flow of the situation from a bird’s eye perspective.

Let us try the main part of the system: The steps.

We play with Jimmy Red Eye, a 4th level Fighter, who happens to be in the aforementioned fight. He is a dragoon commander, and his objective is to eliminate an enemy sniper on the left flank who is a threat to Jimmy’s commander. Jimmy Red Eye rides onwards and meets an infantryman bracing a pike against the dragoons. That is his first encounter. Jimmy aims his pistol at the offender and shoots.

18, he hits, and does 2 damage. That does not quite cut it. The infantryman roars defiance and keeps keeps his pike braced. Tough luck for Jimmy, who must holsters his pistol and draws his saber. He is going to try and bat the pike a away. Jimmy wins init, but his saber swings into thin air. The bracing is useless when the Dragoons don’t charge, so the pikeman goes stabby. His attempt of 12 merely scratches a piece of armor. Jimmy red eye bats the pike away again, missing. Instead, the pikeman pierces him, for 5 damage. That was already three rounds and Jimmy Red Eye is not looking too sexy against Mr. Rando Pike.

The Pikeman wins initiative and drives on, trying to unhorse Jimmy, but the Dragoon saves and makes short work of the pike with some hard saber strikes. Winning init, he turns the horse and tries to let it break Rando’s skull, and hussah! One hoof hits, doing 3 damage. The angry soldier has his sidearm, a shortsword, and tries to gut the horse, but fails to connect. Jimmy wheels around and attempts to decapitate the opponent. Hit! Thank goodness for the level-bonus for fighters in this system, or this would be embarrassing. Embarrassing is the damage tally of 1. The opponent tries to stab Jimmy, but fails, as a man on foot is at a disadvantage when fighting a mounted opponent. His real victory though is that he is holding off the Dragoon for six rounds now.

The foot soldier wins initiative in the seventh round and manages to wound Jimmy in the leg. 3 damage. Jimmy is at 8 hit points down from his initial 19, and he will have a minimum of seven encounters to go before he meets his objective! Plus, his own attack rolls a sad 4, a miss. Eight then.

Again, init for the foot soldier. But he botches it. Jimmy hits, and with 6 more damage, the pikeman drops.

Wounded and exhausted, Jimmy Red Eye is looking at an uphill battle there. His next opponent will be 1d4+8 on the encounter list: 11. Tough fighting ahead. No, Jimmy Red Eye won’t succeed in his objective today.

And it even fits rather well with the brutal outcome in the example above.

Let’s do a second example

Negative 19% losses for the guards, they rule the street.
The angry peasants suffer either the same losses (zero; not bloody likely) or, following the disparity, they are wiped out by the vastly superior military force. So we go with that.

But it feels unsatisfactory. Did I overdo it with the modifiers?

Smaller modifiers would have resulted in some survivors in the mob, and some losses among the guardsmen. A result that can be easily just determined by the referee without rolling any dice. Having PCs in the mix, who might go through the battle, kill three guardsmen and shoot their commander, would provide good modifiers for the mob, but lead to the same result. Except if the PCs were to reach some very effective objective … but even then, we are better off having the GM decide than to roll d100s.

Jimmy’s fate seems to correlate with the general outcome of the battle mentioned above, but it does not really. The result of the battle is decided by the GM or with a percentile roll.

Is the system in general worth employing?

That depends on your players.

The d100 determination of victory is very basic — only marginally more complex than the good old “roll 1d20 per side, higher one wins. Roll 2d20 for one side if it is stronger or 3d20 if its a lot stronger, then look who rolled higher on the highest-rolling d20 and hand the high-roller the win.

Judging by my two examples, the d100-roll for the outcome does not add a lot to the battle experience. I generally prefer to point out the strengths of systems, but in the case of this d100-method I don’t see many advantages over the aforementioned d20 method.

Let us focus on the the unique aspect of Red & Pleasant then, which is the zoom-in on the PCs.

The Fate of the Furious

On a PC level, other systems that focus on strategic mass battles regularly store the PCs away in some unit. As long as the unit remains, they get out clean: all they lose is their men.

This easy, cushioned way of warfare is rather not likely in the Red & Pleasant Land system. The players will have to get to the down and dirty, and that is also where someone is going to get stabbed. Jimmy Red Eye could have died right there in his first encounter on the battlefield, and with eight more, and tougher, foes to fight, he will most likely have to retreat before the battle is done, or meet his maker.

They influence the outcome of the war through the objectives they reach as a person … not as generals who command troops, but as fighters in the ditches.

Most mass battle rules give the PCs some plot armor and concentrate on the units.
This one assumes that players want to experience the fight, so they rather confront the PCs with a series of combat encounters and give results for the actual battle as an afterthought.

At its core, this is a system to avoid mass combat!